United Bank of Africa (UBA) bank staff, Tosin Adeyemi, was on Tuesday, August 17,2021 arraigned before a Magistrate Court in Ibadan for an alleged fraudulent transfer of N10 million  naira from a customer’s account.

The thirty-six (36)- years-old UBA staff was charged with a one-count charge  of fraudulent transfer of customer’s money.

The Police Prosecutor, Insp. Opeyemi Olagunju, told the court that the staff of United Bank for Africa, Challenge branch, Ibadan, committed the offence between Aug. 12 and 13, 2021 at the branch.

Olagunju alleged that the defendant transferred N10 million from the UBA account of one Oladele Quadri domiciled at the branch without the customer’s consent and converted same to his own use.

According to the prosecutor, Quadri had gone to withdraw money through the branch’s Automated Teller Machine (ATM) but could not retrieve his card from the machine .

He said the complainant consequently reported the incident at the Customers’ Care Unit of the branch where  Tosin Adeyemi asked the customer to come back the next day.

The prosecutor informed the court further that when the customer went back two  (2) days after, he discovered that N10 million had been withdrawn from his account without his consent and the police was later informed and  invited to wade into the matter. 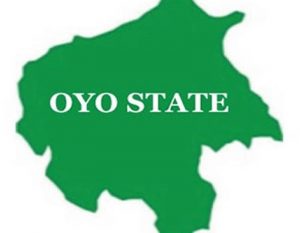 The defendant, Tosin Adeyemi however, pleaded not guilty to the charge and the Defence Counsel, Lekan Idowu, asked for bail for his client on most liberal terms.

Defence counsel pointed out that the defendant had returned N8,750,000 to the customer’s account, remaining N1,250,000 as balance.

The Chief Magistrate, Olaide Amzat, granted the defendant bail in the sum of N100, 000 with one surety in like sum, and adjourned the matter till Oct. 20, 2021 for hearing.

Access, GTB, First Banks Amongst The Top 7 In Nigeria

FRSC Decries Rampant Use Of Phone Usage At The Wheel, Issues Stern Warning