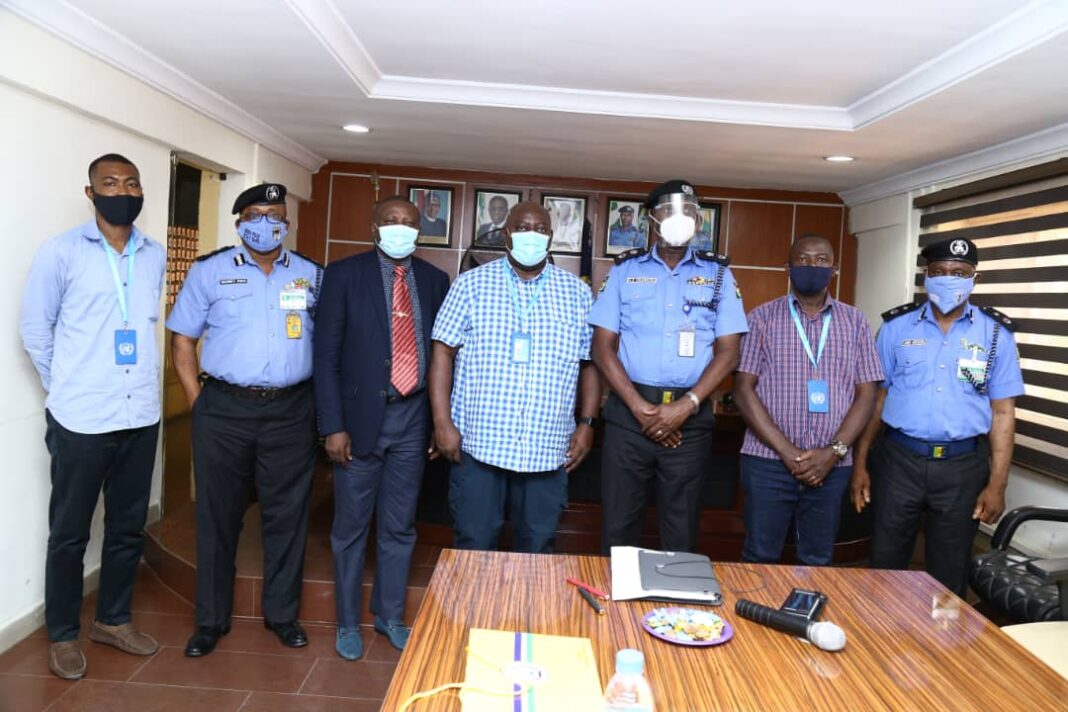 The Commissioner of Police, assisted by his management team with the UN delegates, deliberated on germane security issues in Lagos State and possible way forward. He appealed to the delegation to assist the Command in many areas to improving Standard Operating Procedure of the Command for better service delivery.

In his response, the head of the delegation, Mr. Chiza Nkhowawi, Chief of Security, Information and Operation Center UNDSS, commended the Commissioner of Police and his team for their relentless efforts in policing Lagos State despite its size, demographic and geographical nature.

Mr. Chiza Nkhowawi, who was accompanied by Mr. Mohammed Brima, Security Information Analyst and John Adefoye, Local Security Associate, promised to partner with the Command in many areas especially on training and retraining, sharing of information and capacity building.

2 In Police Net For Diverting Company Goods Worth #4.5m

Lagos Speaker, Obasa Felicitates With Ogala As He Becomes SAN

2 In Police Net For Diverting Company Goods Worth #4.5m